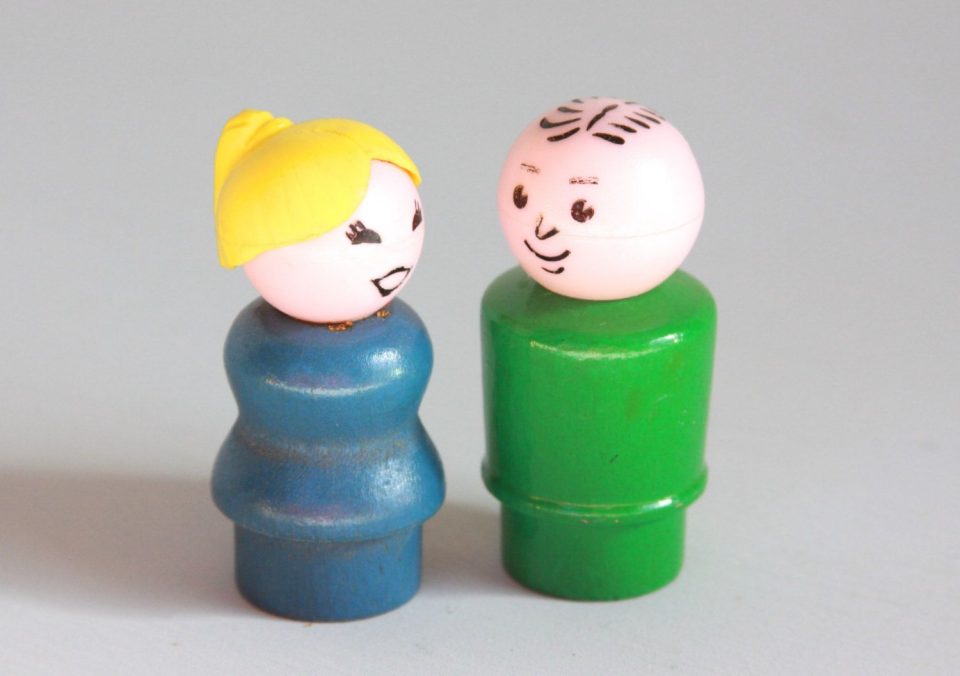 Fisher-Price has long produced toys for which many children (and later adults) remember fondly from their childhood.  Remember that phone with the eyes and red receiver?  How about the slinky dog that was pulled along on wheels by a string?  The little plastic record player?

One of the most iconic production lines ever produced by the company though is “Little People”—though not officially called that until decades later—miniaturized play sets that mimicked life on a farm, in a school or in a town that became popular toys for four generations of children.  The line of toys was so popular that certain play sets—the farm, the family house, the castle—have been reissued several times and Fisher-Price had competition from several other similar toy sets from rival companies.

These playthings and more will be displayed in a Library exhibit this summer in our second level F.M. Kirby Gallery.  Follow the trajectory of these popular toys and their cultural significance to the lives of millions of children from the 1950s to the present day.  It is sure to make you nostalgic for playing with “Little People” as a child and have you pondering how those little bits of wood and plastic influenced your worldview.  The exhibit was created and curated by staff of the Library and is on display from June 16 through August 25.