Skip to content Skip to main menu
Home › Event › A Christmas Carol: How Dickens Reshaped Christmas with a Ghost Story 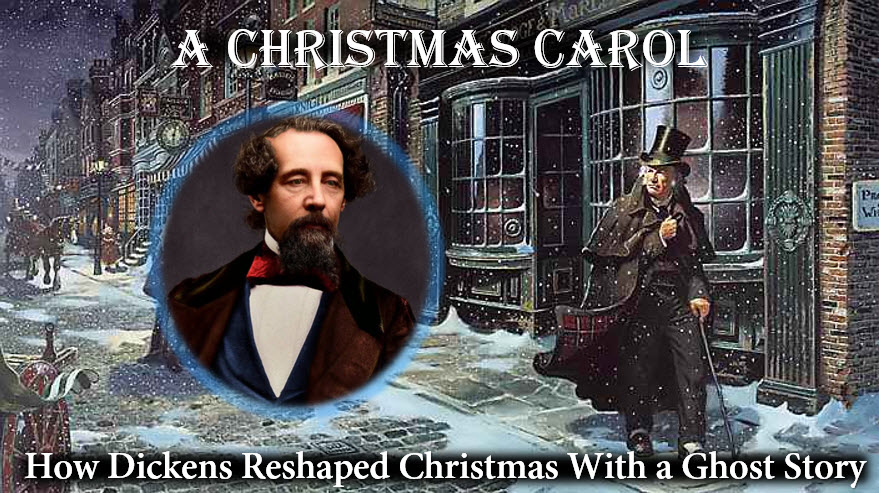 In Great Britain and the United States, Christmas was once seen as a minor holiday, no more important than most others. That all began to change in the mid-1800s when Charles Dickens published his short novel about miserly Ebenezer Scrooge encountering four ghosts who inspire him to a life of kindness and generosity.  The enduring classic “A Christmas Carol” has captivated readers and viewers for over 175 years and adaptations have included entertainers as diverse as Bill Murray and Barbie™. Entertainment historian John Kenrick tells how this story came to life in Dickens’ imagination, and shares video highlights from some of the many memorable film, TV and theatrical adaptations of “A Christmas Carol.”  This is a free ZOOM program.  Email marylynn.becza@mmt.mainlib.org for the code to join the event.

Our speaker: John Kenrick has worked in the theatre at every level from amateur to Broadway, and was the personal assistant to six Tony Award-winning producers, including the team behind the original production of Rent. He has taught musical theatre at NYU’s Steinhardt School, The New School University, and Philadelphia’s University of the Arts. John’s appeared in The Financial Times, The Wall Street Journal, and Newsday, as well as on on NPR, PBS, A&E’s Biography, BBC TV and The Travel Channel among others. He is the creator of the popular website Musicals101.com, and his books include “Musical Theatre: A History,” which just received a new 10th Anniversary edition.  “He didn’t just make me laugh – he made me care.” describes John’s lecturing style.