Skip to content Skip to main menu
Home › About Us
JUMP TO:
History
Architecture

Our Library provides residents with reading materials, access to technology and continuing education, self-improvement, enjoyment and information. We achieve this by providing a location for the dissemination of state and local documents, New Jersey history sources and materials that will support Historic Preservation research. We are the keystone for our two communities. Our mission is:

TO PROVIDE THE RESIDENTS of Morristown and Morris Township with current reading materials, programs and materials for continuing education, self-improvement, enjoyment and information.

TO PROVIDE A LOCATION for the dissemination of state and local documents, New Jersey history sources, materials that will support Historic Preservation research for Morris area residents, and information pertinent to awareness of governmental, cultural, recreational and business activities in the local area and to preserve these records for future generations in the Library’s archives. We are committed to the historic preservation of the Morristown & Morris Township Library building located at 1 Miller Road in Morristown.

TO PROVIDE THE CHILDREN of Morristown and Morris Township with recreational materials and information sources which will stimulate and help improve reading skills and encourage the formation of a well-rounded individual. To communicate and cooperate with the Morris School District and other area schools to encourage reading and to aid students in learning research skills which will be valuable to them in later life.

TO PROVIDE THE AGENCIES, ORGANIZATIONS, CLUBS AND OTHER GROUPS in the Town and Township with information that will meets their current needs. 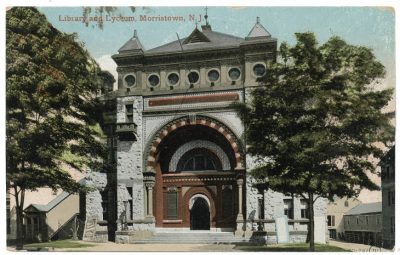 Library services have been available in Morristown since 1792. The first circulating library consisted of 97 members and 96 books. The Morristown Library Association was formed in 1812 and by the middle of the 19th century the library had grown to several thousand volumes. From 1875 to 1914 the Library was housed on South Street between Park Place and Pine Street in the Morristown Library and Lyceum, an organization that officially incorporated in 1866. Its collection grew from 8,000 books to over 30,000 when the building, and almost everything in it, was destroyed by fire in 1914.

A temporary library was soon opened in the old YMCA building on South Street. With money from both insurance and the sale of the land on which the Library and Lyceum stood, the property at the corner of Miller Road and South Street was purchased with the intention of building a new library building. In 1916, Grinnell Willis, 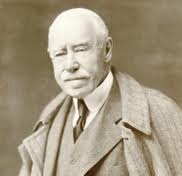 a retired textile merchant who lived in Morristown since 1889, approached the Library Trustees and offered to pay the entire cost of a new fireproof building.

The new Library would be built in “grateful remembrance of the love and affection bestowed on his late wife by her friends and neighbors in Morristown.” The day after Mr. Willis made his offer, an Act of Incorporation for the Morristown Library was filed. Its object was “to establish and maintain a free public library and reading rooms, to establish and maintain an art gallery and museum for the encouragement of arts and science, to establish and maintain a collection of books and documents of historic interest and to advance the literary and educational interests of the community.” On December 13, 1917 the Library, with 8,000 volumes and a staff of four was opened to the public.

In 1929, with the collection now totalling 43,500 volumes, Mr. Willis funded the cost of an addition to the original 1917 building. This addition, which opened in 1930, contained the Children’s Wing. Grinnell Willis died shortly after the new wing was completed. In his will he left the library an endowment of $200,000. 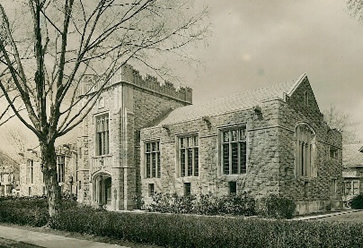 The Library continued to grow and serve its public as an association library until 1966 when the residents of Morristown and Morris Township united in the support, maintenance, and control of a joint free public library.

In 1987 the cornerstone was laid for an addition to the Library largely financed by Edythe and Dean Dowling, which became the Dowling Wing. In addition to the generosity of the Dowlings, many members of the community contributed to this addition which doubled the size of the Library. Also in the 1980’s, the Library went online with an automated circulation system shared by the members of MAIN, the Morris Area Information Network.

In 2006 the latest addition of the Library was completed.

The original 1917 building faced Miller Road with the entrance located in what is now the Reference Room. This building and the 1930 addition have many interesting architectural treasures:

The tower in the Reference Room contains a huge golden eagle which was originally over the entrance of the Morristown Armory. The armory was destroyed by fire in 1920, and only the eagle was undamaged.

The guard rail on the balcony overlooking the Reference Room was designed by Samuel Yellin, a noted Philadelphia metal worker. The twenty-five brass panels include a dedicatory proclamation and the names of the men from Morristown and Morris Township who served in World War I.

The fire screen was designed in 1931 by Samuel Yellin. The screen contains the letter M for Morristown in its design. The handle of the fork contains the initial W for Grinnell Willis, the original benefactor of the Library.

The Dowling Wing, completed in 1987, created a new front entrance on South Street, a Periodicals Reading Room, a Children’s Room and the Treasure Room. This addition was expanded in 2006 to create the Anne and Kenneth Croy Media Center, a new Children’s Room on the second floor, and, on the lower level, an expanded Reading Room and Archives for the North Jersey History and Genealogy Center.

The building expansion included a new side entrance into the Media Center, clerestory windows and private study rooms on the second floor.  There is a  Kathleen D’Aloia mural depicting fairy tale themes in the Children’s Room.

An original Thomas Nast painting called “Swinging Round the Circle” hangs in the new media center. This cartoon was part of Nast’s 1867 Grand Caricaturama show which toured the United States.

The total square footage of the current building is 51,180.