Skip to content Skip to main menu
Home › Event › Annie Get Your Gun: There’s No Business Like Show Business! 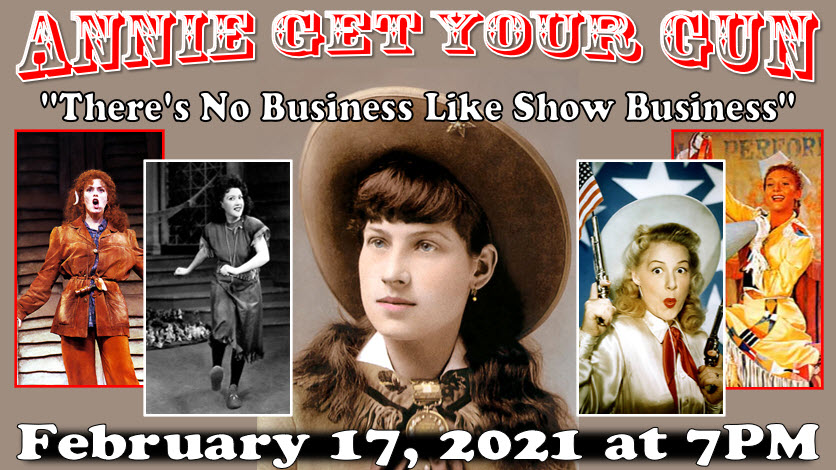 Entertainment historian (and Morristown resident) John Kenrick pulls back the curtain to tell how the legacy of real life sharpshooter Annie Oakley inspired Irving Berlin’s biggest Broadway hit. With video clips featuring Ethel Merman, Betty Hutton, Mary Martin, Reba McIntire and more, this talk is an affectionate celebration of a classic musical and the story of how a small army of Jewish Americans turned the life of the greatest female American markswoman into a massive hit. This is a free ZOOM program. Email marylynn.becza@mmt.mainlib.org for the code to join event.

Our speaker: John Kenrick has worked in the theatre at every level from amateur to Broadway, and was personal assistant to six Tony Award-winning producers, including the team behind the original production of Rent. He has taught musical theatre at NYU’s Steinhardt School, The New School University, and Philadelphia’s University of the Arts. He’s appeared on NPR, The Financial Times, The Wall Street Journal, and Newsday, as well as PBS, A&E’s Biography, BBC TV and The Travel Channel among others. He is the creator of the popular website Musicals101.com, and his books include “Musical Theatre: A History,” which just received a new 10th Anniversary edition. “John didn’t just make me laugh – he made me care.”