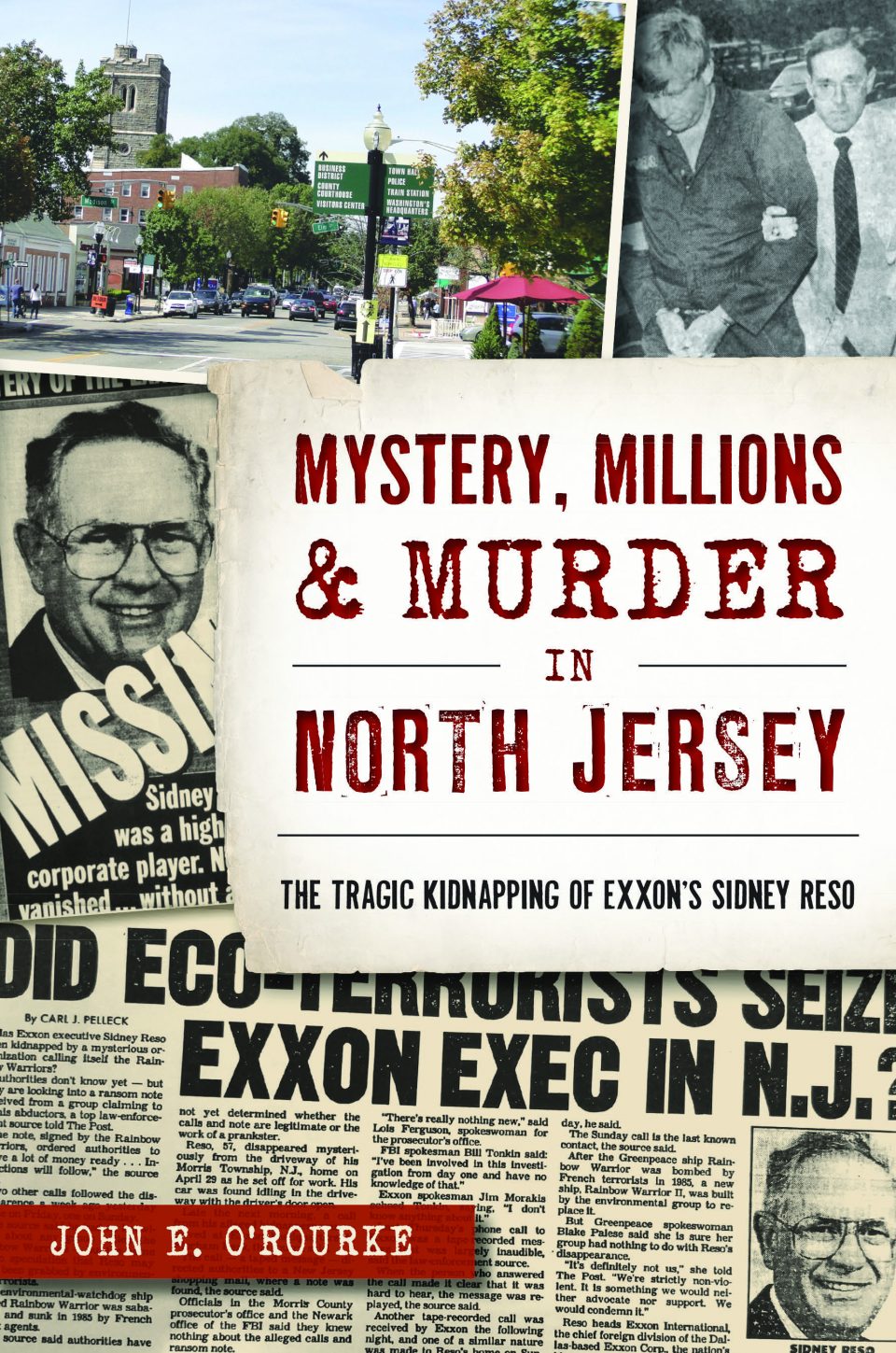 One spring morning in Morristown, NJ in 1992, local police discovered a car idling in a driveway with the door open and the driver missing. After they learned the driver was Sidney Reso, the president of Exxon International, the FBI joined the investigation. Over the next two months, law enforcement received cryptic communications that led to a cat-and-mouse chase for those responsible. Retired cop Arthur Seale and his wife, Irene, demanded one of the largest ransoms in U.S. history and authorities struggled to solve the case. Local author John E. O’Rourke recounts the heinous crime that rocked this once sleepy suburb and brought the nation’s eyes to Morristown.

Our Presenter: John E. O’Rourke was born in Pequannock, NJ, and raised in Wanaque. He is a retired New Jersey state trooper with 26 years of experience with the elite organization. During his distinguished career, he conducted hundreds of criminal investigations ranging from criminal trespass to murder. He has also written: Jersey Troopers: Sacrifice at the Altar of Public Service; New Jersey State Troopers, 1961–2011: Remembering the Fallen; and The Jersey Shore Thrill Killer: Richard Biegenwald.