Skip to content Skip to main menu
Home › Event › Solid State: The Story of Abbey Road and the End of The Beatles – Author Event 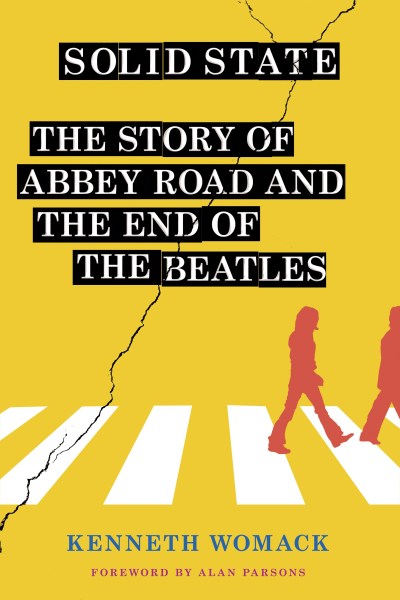 Back by popular demand! Join us for a very special author event with Kenneth Womack whose new book, Solid State: The Story of Abbey Road and the End of The Beatles, is a colorful tale of how a rock and roll landmark album was written and recorded. A treat for fans of the Beatles and introduced with a foreword by renowned producer and musician Alan Parsons, Solid State takes readers back to 1969 and into EMI’s Abbey Road Studios. Womack focuses on the dynamics between John, Paul, George, Ringo, and producer George Martin and his team of engineers, who set aside (for the most part) the tensions and conflicts that had arisen on previous albums to create a work that boasted an innovative and controversial studio-bound sound that prominently included the new Moog synthesizer, among other novelties.

Our Presenter: Dr. Kenneth Womack is Dean of the Wayne D. McMurray School of Humanities and Social Sciences at Monmouth University, where he also serves as Professor of English. He is the author or editor of more than 30 books including Maximum Volume : the life of Beatles producer George Martin, the early years, 1926-1966, The Cambridge Companion to the Beatles and The Beatles Encyclopedia: Everything Fab Four. A regular Beatles blogger for CultureSonar, Dr. Womack delivers some 50 invited Beatles talks a year to audiences around the world, while sharing his insights on National Public Radio, ABC, CBS, NBC, and the BBC among others.