Skip to content Skip to main menu
Home › Event › The Arctic and Antarctic: A Visual Journey 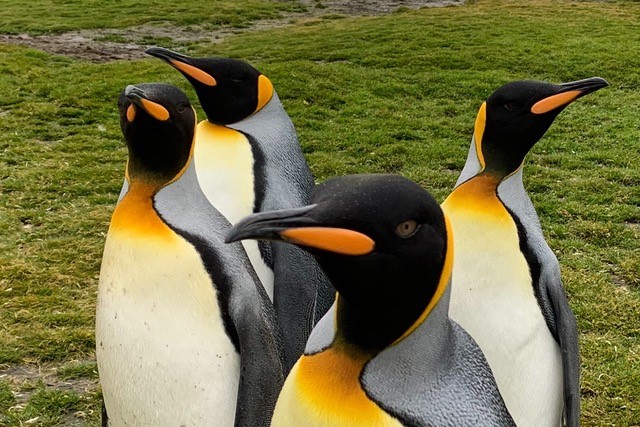 The polar regions, north and south, are different in many ways.  The Arctic is more accessible as it is contiguous with the land masses of North America and Asia.  The Antarctic is an island continent surrounded by water and very strong winds and currents.  Polar bears are found only in the Arctic; penguins are endemic to the south.  Blue Whales, the largest mammals ever to inhabit earth, are found in both regions.  Evident climate change is affecting the food chain and subsequently animal life.  Polar bears have become very aggressive.  The sizes of penguin colonies have decreased.  Glaciers are receding.  Yet the vast rugged landscapes typical of the Arctic and Antarctic remain humbling.

Join us for this unique and photographic journey to these remarkable poles––areas that until only just over a century ago, had not even been seen by humans.  Noted traveler Mark Rochkind will outline both poles through some of his remarkable insight and photography to provide a glimpse of two regions of the Earth, now much more visited and always in the climate change discussion.

Mark Rochkind is a graduate of NYC’s Stuyvesant High School, the University of Rochester, and Cal Berkeley where he earned a PhD in Chemistry.  He was a research scientist and technical manager at Bell Laboratories, and an R&D Executive at Philips Electronics, and AT&T. For six years (1972-78), Mark served as a publicly elected member, financial officer, and President of the Bernards Township Board of Education.  He was Program Chair and President of the Louis August Jonas Foundation (2004-2010).  In 2005, Mark and his wife created the Rochkind Wagner Foundation active principally in education.  He is a member of the Morristown & Morris Township Library Finance Committee.  Mark and his wife Pat are equestrians.  Other interests include wine, music, art, and travel.  Mark rides a Vespa, is a bird watcher, and maintains a passion for single malt scotch.