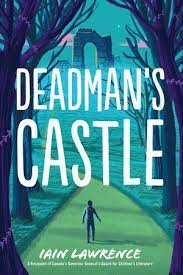 Ever since he was five years old and his father witnessed a terrible crime, Igor and his family have been on the run from the Lizard Man, a foreboding figure bent on revenge. They’ve lived in so many places, with so many identities, that Igor can’t even remember his real name. But now he is twelve and longing for a normal life. When the people his dad calls the Protectors find his family yet another new place to live, Igor’s dad sets down the rules establishing how far Igor can go in any direction and where he can’t go at all. Boxed into the smallest area he has ever been allowed to explore on his own, Igor rebels. Much to his surprise, he’s allowed to start school, and for the first time since kindergarten he begins to make friends. As the months go by, Igor begins to wonder if the Lizard Man exists only in his father’s frightened mind. No one but his dad has ever seen him. But when Igor’s little sister tells him she thinks she saw the Lizard Man lurking around the house, and Igor realizes that even if the Lizard man is real, he would risk everything rather than abandon his friends an go back on the run.