Skip to content Skip to main menu
Home › Event › Book of the Day: Solimar the Sword of the Monarchs 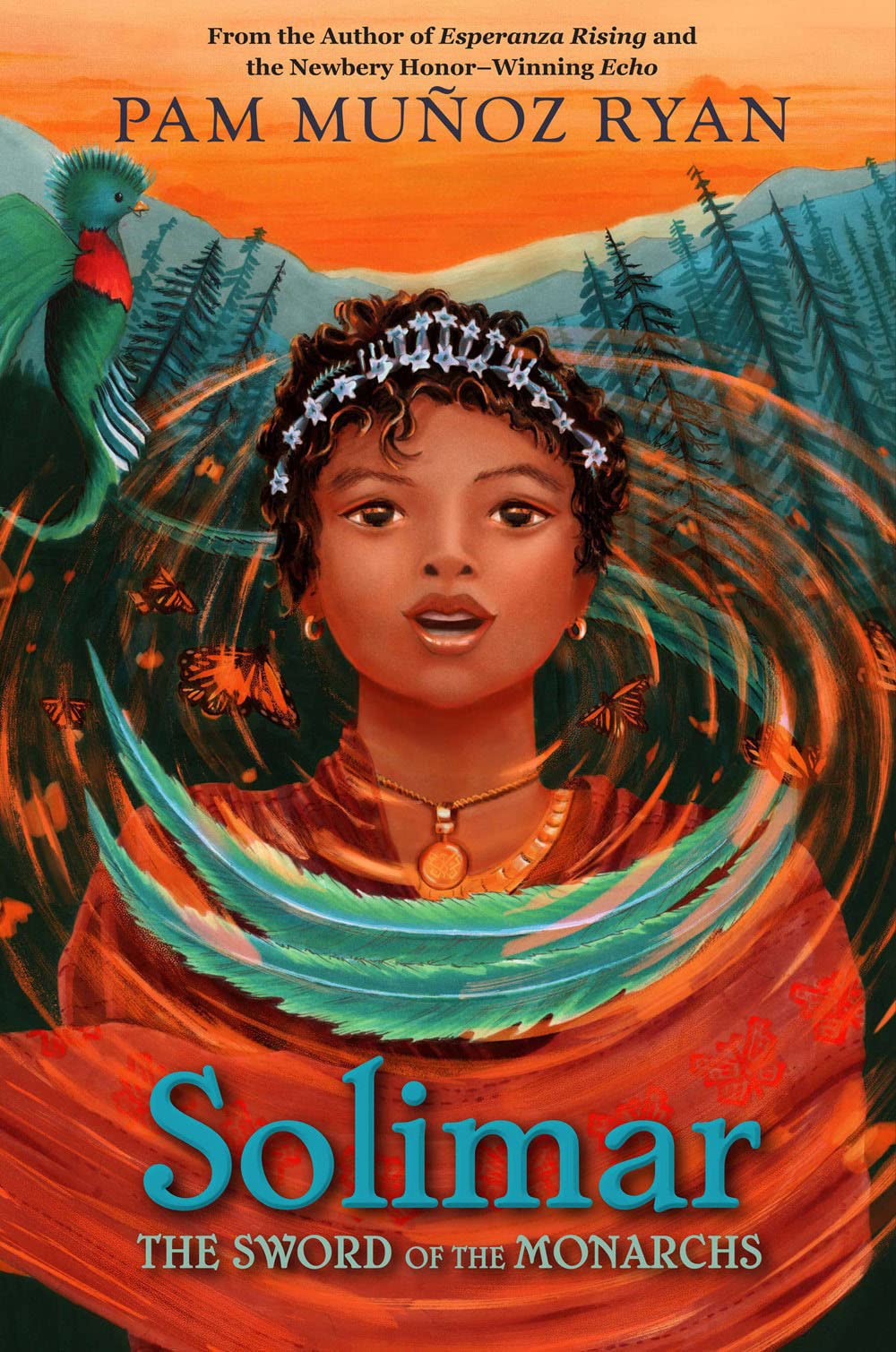 Ever since Solimar was a little girl, she has gone to the oyamel forest bordering her kingdom to observe the monarch butterflies during their migration, but always from a safe distance. Now, on the brink of her quinceanera and her official coronation, Solimar crosses the dangerous creek to sit among the butterflies. There, a mysterious event gives her a gift and a burden–the responsibility to protect the young and weak butterflies with her magical rebozo, or silk shawl. Solimar is committed to fulfilling her role, and has a plan that might have worked. but when her father, the king, and her brother, the prince, leave on an expedition, a neighboring king overthrows the kingdom and holds everyone left in the village hostage. It takes all of Solimar’s courage to escape and then embark on a dangerous journey to save her kingdom, but she’s not alone. Her pet bird, Lazaro, the butterflies she protects, and a magical rag doll, Zarita, are with her. Then, at a precarious moment, she meets a river boy who knows the rapids. Even with help, can Solimar save her family, the kingdom, and the future of the monarchs from a greedy king?