Skip to content Skip to main menu
Home › Event › Book of the Day: The Shadow Prince 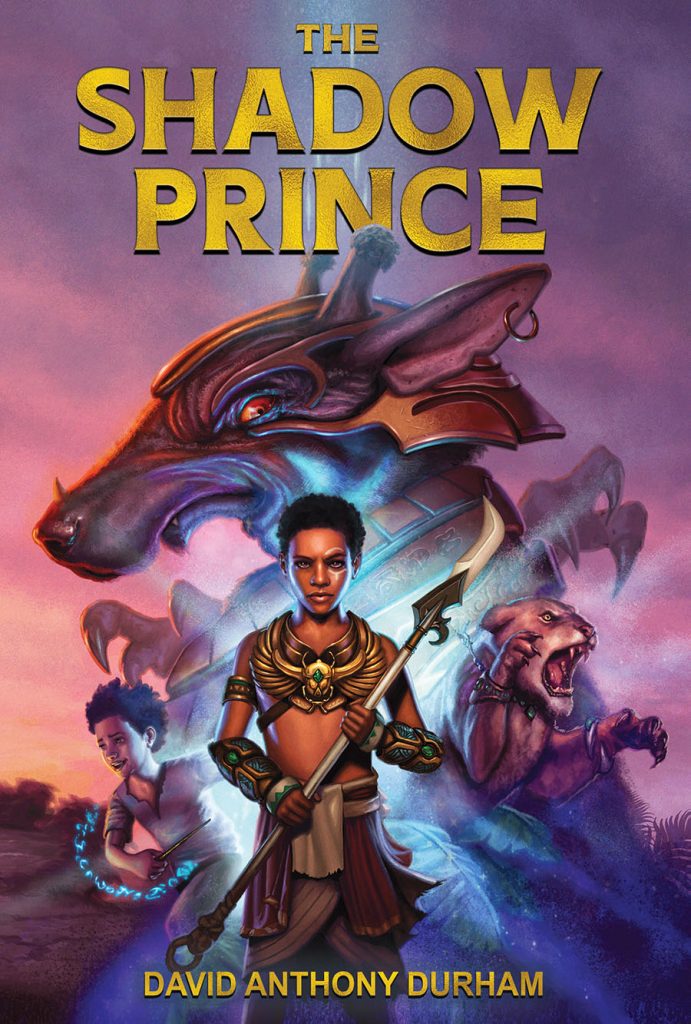 Growing up in a village in the middle of the Egyptian desert, Ash thinks his future holds nothing but sand, sun, a few annoying bullies, and lots of boring chores. Boy, is he wrong!
On the night before his twelfth birthday, Ash learns he was born on the same day as Prince Khufu, which makes him eligible to compete to be the prince’s shadow, a coveted position as the friend and bodyguard of the boy destined to be pharaoh of all of Egypt. At first, Ash can’t believe it, but when a floating royal barge takes Ash and his mentor to the bustling, magical, solar-powered capital, things get real.
What awaits Ash and the candidates is deadly–five days of dangerous tests filled with demon fighting, monster slaying, and magical spells, each overseen by a different Egyptian god. Ash finds tow friends willing to fight by his side–the first friends he’s ever made. But there are candidates who will lie, cheat, and even harm others to win. Not all will survive, and only one can become the prince’s shadow.
To make matters worse, Ash is up against Lord Set, the devious god of chaos, who is secretly working to make the candidates fail. But if they do, the very survival of the kingdom is in peril. Can Ash and his new friends save Egypt? And will any children survive to become the shadow prince?