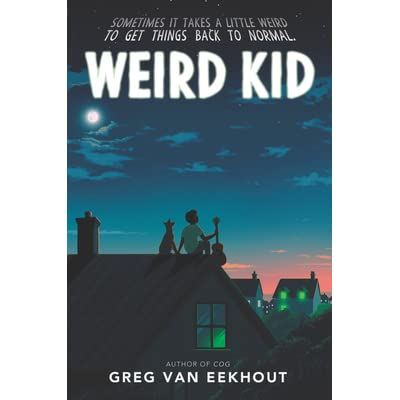 Strange things are happening in Cedar Creek View, Arizona: Sinkholes. An unidentified Hum. People behaving…oddly. No one knows the reason, but Jake thinks it might have something to do with him. Jake is no ordinary twelve-year-old. He’s weird. Like, fell to Earth in a flaming blob of space slime, spontaneously sprout feathers kind of weird. Up until now, Jake and his parents have been able to keep his real identity under wraps. This year, something’s changed. Jake’s having more and more trouble hiding the truth. And now Agnes Oakes has seen what he can do. Instead of spilling his secret, though, Agnes wants to team up to figure out what’s really going on. And before they know it, Agnes and Jake are waste deep in a conspiracy of galactic proportions.