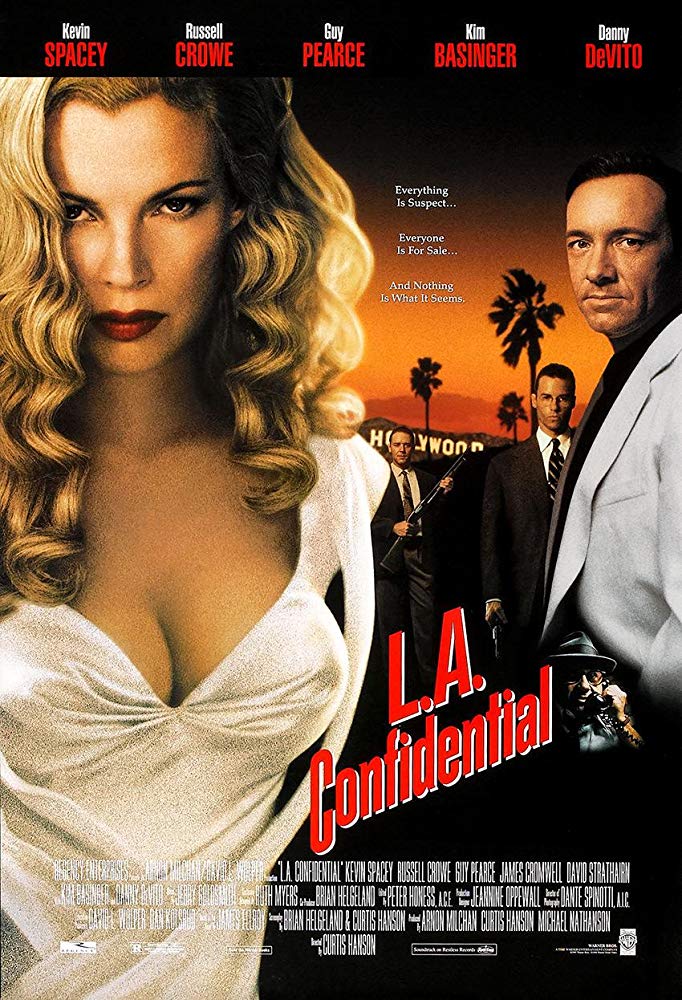 As corruption grows in 1950s Los Angeles, three policemen — one straitlaced, one brutal, and one sleazy — investigate a series of murders with their own brand of justice.