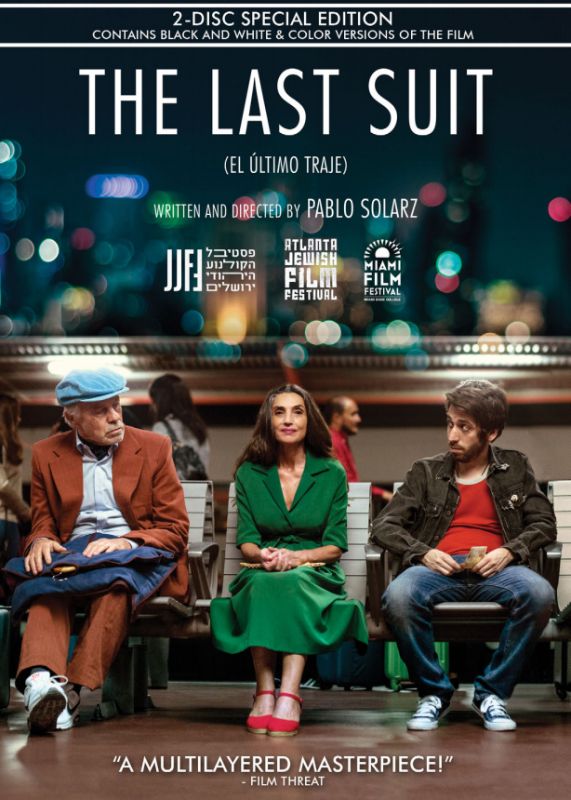 The library is pleased to announce the next movie in our 4th Annual “Foreign Cinema Series,” featuring entertaining and thought-provoking foreign films from Europe, Latin America, Asia, Africa, and the Middle East. Tonight’s feature: The Last Suit, a 2017 film in which 88-year-old Abraham Bursztein’s children have sold his Buenos Aires residence, set him up to move to a retirement home, and disagree on how to handle his fading health. But Abraham survived the Holocaust and isn’t about to quietly fade away. Instead, he plots a secret one-way trip to Poland, where he plans to keep a long-ago promise to find the Christian friend who saved him from certain death at the end of World War II. Comedic and poignant in equal measure, the film takes Abraham from Argentina to Spain, across Germany and finally to Poland, on his own but also accompanied by the characters he meets along the way, who both help him and need his help. The Last Suit approaches its weighty themes with a light touch that illuminates a serious story, and in its mix of Spanish, Yiddish, German and Polish, it is a globe-trotting surprise, a late-in-life road movie with planes, trains and heart.

All movies are subtitled in English. Light refreshments will be served.

This program supported by the Friends of the Library.