Skip to content Skip to main menu
Home › Event › Singin’ in the Rain: What a Glorious Feeling 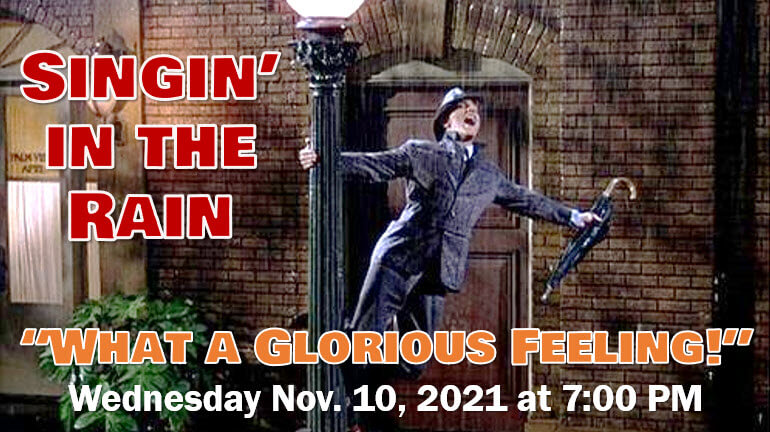 When composer and acclaimed MGM producer Arthur Freed decided to create a film cataloging his hit songs, he wisely handed the project to a dream team. In this joyful multimedia talk, Morristown author and entertainment historian John Kenrick takes us behind the scenes as director Stanly Donen, dancing star Gene Kelly, and screenwriters Betty Comden and Adolph Green concoct a film that many call the greatest original screen musical comedy of all time. (Please note: Unless it rains that night, no umbrellas are required.)