Skip to content Skip to main menu
Home › Event › Judy Garland: The Things That You Dare to Dream 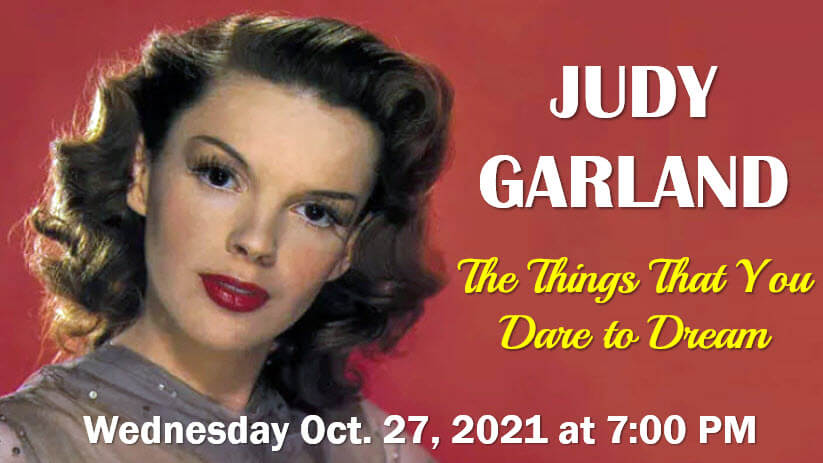 In vaudeville from age 2, by age 17 she won the world’s heart in The Wizard of Oz, becoming MGM’s top musical star — and by age 28 was tossed aside as a “has been.” With fascinating behind the scenes stories and exciting video clips of Garland in action, Morristown author and entertainment historian John Kenrick explains how this powerhouse performer’s emotional and chemical demons kept her teetering between professional and personal triumphs and tragedies. A frank but affectionate celebration of a legendary talent.