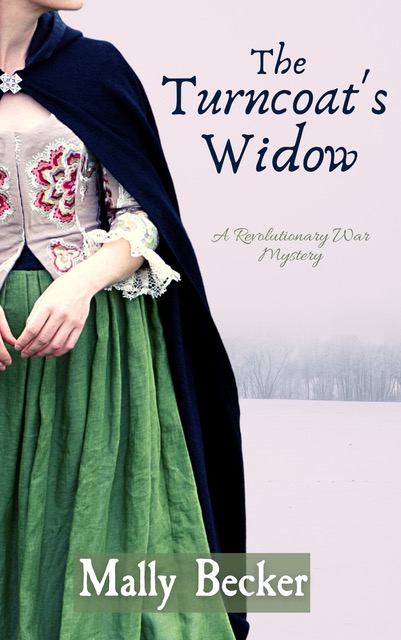 Join us to celebrate the publication of a new novel set in Morristown, NJ during the American Revolution! “The Turncoat’s Widow” by debut novelist Mally Becker, tells the story of General Washington’s most reluctant spy, a fiercely independent young woman who races time and traitors to uncover a plot that threatens the new nation. Described as “An exciting Revolutionary-era thriller with a twisty mystery, great characters, and historical accuracy to boot.” this novel has something for everyone. Email marylynn.becza@mmt.mainlib.org for the Zoom code to this event.

Our speaker: Mally Becker was born in Brooklyn and began her career in New York as a publicist and magazine writer, then worked as an attorney and, later, as an advocate for children in foster care. She is a winner of the Leon B. Burstein/ MWA-NY Scholarship for Mystery Writing. Mally thought she’d be clearing trails when she volunteered at the Morristown National Historical Park but found herself instead sifting through the Park’s archival collection of letters. That’s where she found a copy of an indictment for the Revolutionary War-era crime of traveling from New Jersey to New York City “without permission or passport.” That document became the spark for The Turncoat’s Widow, some of which was researched at the MMT Library! Visit www.mallybecker.com for more information.