Skip to content Skip to main menu
Home › Event › Book of the Day: What Lives in the Woods 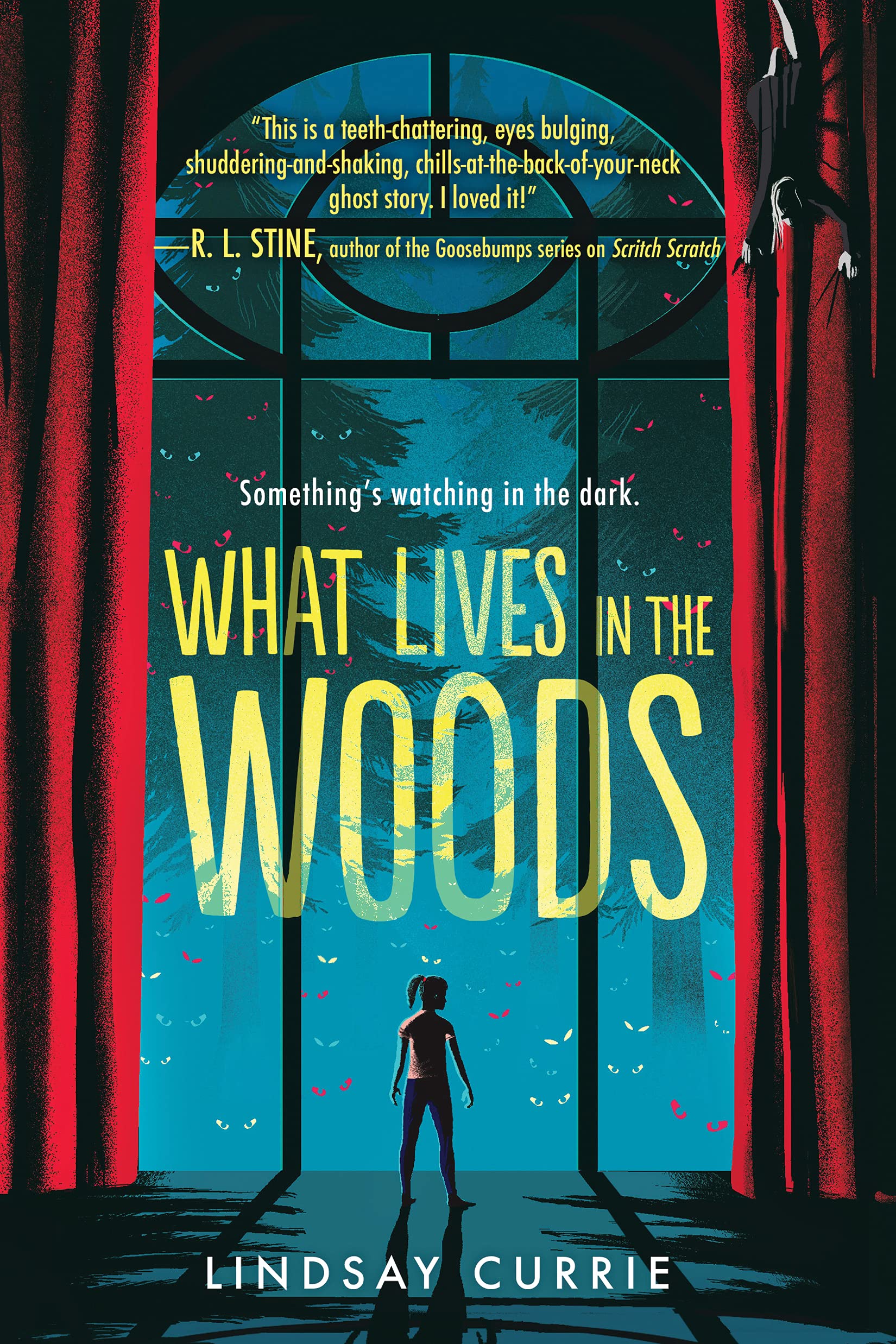 All Ginny Anderson wants from her summer is to relax, attend a writing workshop, an spend time with her best friend. But when Ginny’s father surprises the family with a monthlong trip to Michigan, her plans change for the worse. Especially because they aren’t staying in a normal hotel–they’ll be living in and restoring the century-old Woodmoor Manor. When they arrive, Ginny is immediately spooked by the creepy house and the rumors of  what lives in the surrounding woods. Legend says the forest is inhabited by prowling creatures with glowing eyes that prey on campers who are never seen again. And Ginny can’t shake the feeling that there’s wrong with the house as well. Shadowy figures, a strange ticking sound in the walls, and a mannequin that has a mind of its own all converge to make for a terrifying stay. And as Ginny investigates, she learns that there’s more than one legend roaming around, and his one definitely isn’t after campers…It’s after her.