Skip to content Skip to main menu
Home › Event › Book of the Day: Yusuf Azeem is not a Hero 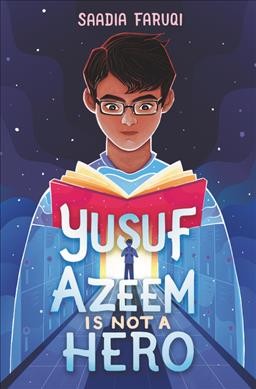 Yusuf Azeem has spent all his life in the small town of Frey, Texas–and nearly that long waiting for the chance to participate in the regional robotics competition, which he just knows he can win. Only, this year is going to be more difficult than he thought. Because this year is the twentieth anniversary of the 9/11 terrorist attacks–an anniversary that has everyone in his family on edge. After reading his uncle’s journal from that time, Yusuf feels like he almost understands what that nationwide fear and anger felt like. But when certain people in town start to say hateful things to Yusuf and his community, he realizes that the anger hasn’t one away. And soon he will have to stand up to the bullies, with understanding, justice, and love.