Skip to content Skip to main menu
Home › Event › Book of the Day: The Most Perfect Thing in the Universe 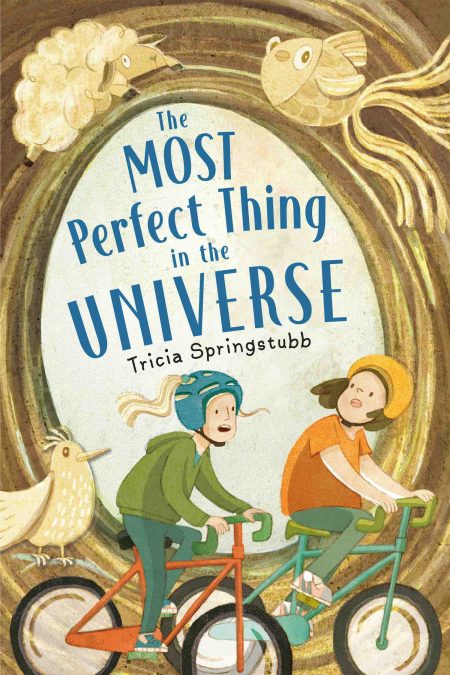 Eleven-year-old Loah Londonderry is definitely a homebody. While her mother, a noted ornithologist, works to save the endangered birds of the shrinking Arctic tundra, Loah anxiously counts the days till her return home. But then, to Loah’s surprise and dismay, Dr. Londonderry decides to set off on a perilous solo quest to find the Loah bird, long believed extinct. Does her mother care more deeply about Loah the bird than Loah her daughter? Things get worse yet when Loah’s elderly caretakers fall ill and she finds herself all alone except for her friend Ellis. Ellis has big problems of her own, but she believes in Loah. She’s certain Loah has strengths that are hidden yet wonderful, like the golden feather tucked away on her namesake bird’s wing. When Dr. Londonderry’s expedition goes terribly wrong, Loah needs to discover for herself whether she has the courage and heart to find help for her mother, lost at the top of the world.